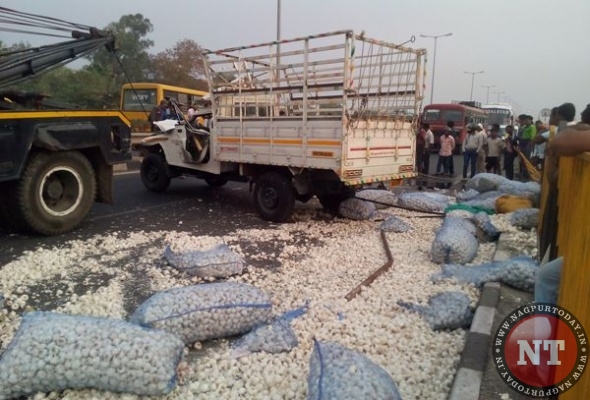 Nagpur: One person was killed and two others were injured when a overloaded van overturned on Saoner-Nagpur Road in the wee hours of Thursday. The van was overloaded with sacks of garlic. The vehicle overturned near Koradi Octroi Post while descending the flyover. The driver reportedly lost control causing the mishap, according to Koradi police and National Highway patrolling team.

The accident occurred around 5.30 am. The van was coming to Nagpur from Saoner. As the driver lost control over speeding van, it took a sharp U-Turn, hit roadside barricades and then overturned. The spot was deluged with huge quantity of garlic. The mishap affected traffic on the busy intersection of the road. It took one hour for police and NHAI authorities to normalise the traffic. 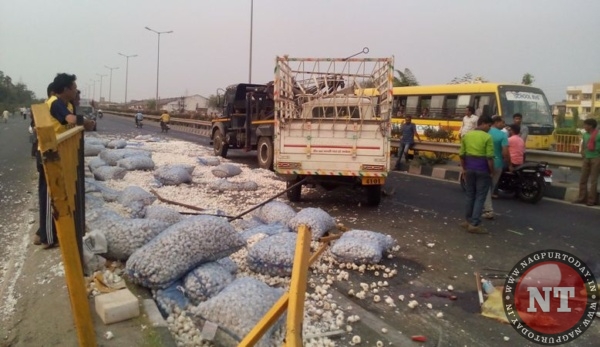 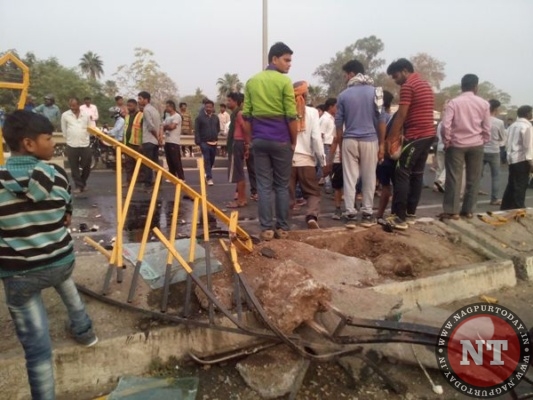