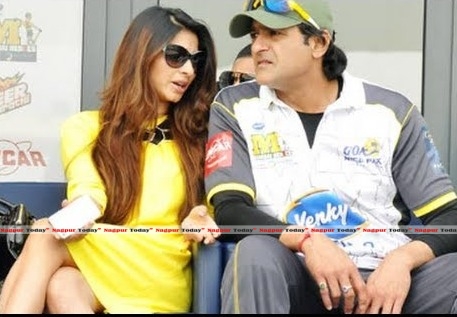 The two ex Big Boss contestants have been in the limelight since their days on the hit reality TV series. However, everyone is aware that they have steadfastly denied any romantic involvement with each other. This, despite, their very public canoodling sessions and their hugging and kissing.

Recently, sources have seen them in Dubai being very physically affectionate with each other. The reason for their presence in Dubai was the ongoing Celebrity Cricket League.

The rumors are running fast and wild that Arman Kohli has planned a special day for Tanisha this Valentines Day. Apparently, he had initially wanted to go on holiday with her to the Greek Islands but because of his ill health, the plan had to be cancelled.  To make up to Tanisha for the loss of romantic holiday,  Arman has planned something extremely romantic and fun for his newest lady love.