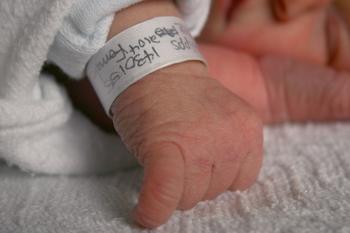 image used are for representational purposes only. It is not the actual photograph.

NAGPUR : Ward no 22 in GMC on Wednesday witnessed an issue where 2 newborns got switched. The families and hospital management later solved the issue. According to sources, the woman admitted in Ward No 22 gave birth to twins boys. During delivery, the doctor gave this information to her relatives. But after sometime, new information was again given to the relatives that it was one boy and one girl. Uncertainty angered the relatives. and the situation started heating up. IN the same ward, another woman delivered girl child. Due to negligence on part of the nurses, the babies got switched.

Then due to the scene created by the relatives, blood test was conducted on the twins; at that moment, the boy and the girl. The blood groups didn’t match. One lady doctor tried to subdue the matter. She then reached the babies to the rightful mothers. Police too arrived at the spot. After the issue was solved, complaint was not lodged. When inquired, the relatives claimed to have settled the issue themselves.

What would raise brows is the fact that the tags on the babies hands also changed, How did it change? Who is responsible? If GMC carries on this way, it is certain that something untoward one day would happen.