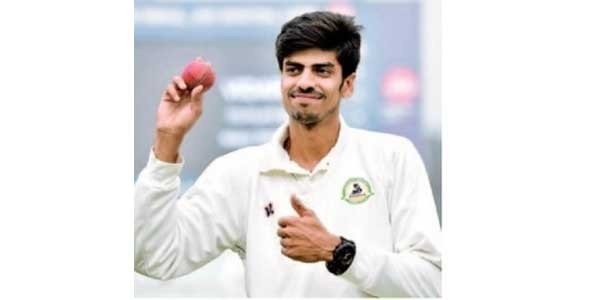 Vidarbha’s pace sensation Rajneeth Gurbani has been selected in India W team for four-day matches to be played at United Kingdom.It can be mentioned here that right arm pacer Gurbani has played an important role in Vidarbha’s Ranji Trophy victory this season. So far in 11 first class matches he has claimed 56 wickets. In Ranji Trophy final against Delhi at Indore he became only the second bowler to claim a hat trick in a Ranji final – after Tamil Nadu’s Kalyana sundram against Bombay in 1972-73.

While talking to media, 25 year old bowler said, ” I feel very happy that I have been selected in India A! team. Actually I was expecting India ‘A call and now my dream comes true.

I will try to deliver my best in England and for that I am really working hard”, he said. He also said, ” It’s time to learn from the great Indian cricketer and the great coach Rahul Dravid”. Gurbani was also one of the nominees of Lokmat’s Maharashtrian of the Year award this year.

In the squad for the four day matches, skipper Karun Nair will be assisted by young talents such as Ravikumar Samarth and Mayank Agarwal of Karnataka, Abhimanyu Easwaran of Bengal and Mumbai’s Shaw among others in batting while Shahbaz Nadeem, Ank it Rajpoot, Mohammad Siraj, Navdeep Saini and Rajneesh Gurbani are the pace bowlers.