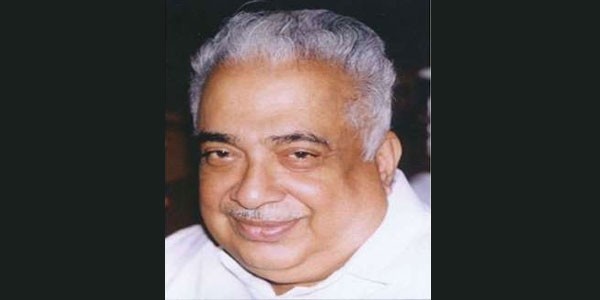 Mangaluru: Veteran journalist T V R Shenoy died at a private hospital here last night, family sources said. He was 77.He is survived by his wife Sarojam and daughter Sujatha and son Ajith.His body will be flown to Delhi, where the last rites would be performed.

Shenoy who was conferred the Padma Bhushan in 2003, had been working as a journalist in Delhi for a long time.
Hailing from Cherai in Kerala’s Ernakulam district, Shenoy began his career with the Indian Express and in 1965, joined the Delhi bureau of Malayala Manorama and served with them for over a quarter of a century.

He was a former editor of The Week magazine and Sunday Mail and wrote on diverse issues as a columnist.

Kerala Chief Minister Pinarayi Vijayan described Shenoy as the foremost Malayali journalist in the country.
“On account of his five-decade professional career happening in Delhi, he was often the ‘ambassador’ of Kerala in Delhi,” Vijayan said, adding that while people differed with him on political aspects of his writings, he was always highly-respected by all.

Congress leader Ramesh Chennithala said he has lost an “elder brother” as he, while being an MP, always used to discuss various issues with Shenoy, who was a friend, philosopher and guide to him.

“Shenoy was a towering journalist and his loss is going to be a loss for journalism,” he added.