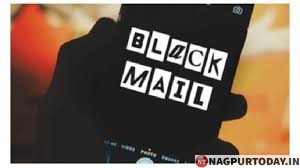 Nagpur: Pratap Nagar police have booked a 32-year-old transgender man for allegedly filming a 22-year-old female architect and using the video clip for blackmailing the victim to have physical pleasure.

Accused Manish, a resident of Hingna had met the victim during the Navratri Ras-Garba event last year. The duo gradually developed good friendship, following which Manish had invited the victim to his house on the occasion of his nephew’s birthday. During the party, Manish had reportedly spiked her cold drink and while she felt hazy after the drink, Manish’s mother asked her to rest in a bedroom. The victim was unconscious for nearly two hours.

The victim, who had no clue about what had happened to her at that time, continued to remain in contact with the accused Manish. After a while Manish reportedly proposed to her and asked her to meet in his office at Hingna. One Tushar Ghagre was also present there. It was then Manish expressed his sexual orientation towards the victim. However, when she refused, he reportedly showed her the video clip that he had made when the victim was lying unconscious in the bed. Manish reportedly threatened to publicize the video clip if she refused to obey his undue demands. In the meantime, the victim had also learnt that Manish is a transgender.

In the meantime, clueless about what their daughter had to go through, the victim’s parents fixed her marriage. As Manish learnt about it, he reportedly barged into the house of the victim’s fiance and showed him the clip.

Following which, the victim narrated her ordeal to her parents who later approached Pratap Nagar police station and filed a complaint.