On January 4, 2014 between 8:30 pm to 9pm, when the complainant, a middle aged man Ramchandra Domaji Bhusari aged 42 years and a resident of Pravranagar, Hudkeshwar was returning to his home from his work on his TVS Scooty No MH 31/ BE 2831. At a point of about 1 kilometer south of the Bridge on Vihirgaaon Ring Road, (falling under the jurisdiction of Hudkeshwar Police Station), three unknown youth in the age group of 25-30 stopped him and attacked him with knives and iron blades. He suffered injuries to his hands and fingers.

After injuring him badly, the assailants snatched his mobile phone and Rs 1465 in cash from his person and escaped from the spot. On the basis of the complaint lodged by the victim, a case has been registered by Hudkeshwar Police Station under section 394, 34 of IPC and is investigating further. 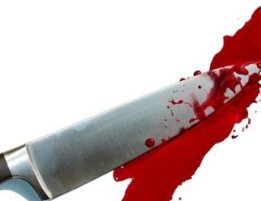