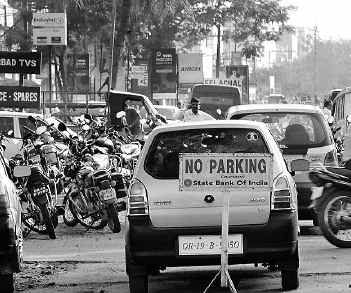 Nagpur News: A man was arrested and a search for two others has been undertaken after the three accused resorted to fisticuffs with a traffic policeman at Sakkardara Square.

According to the complaint, Rakesh was taking photos of vehicles in front of Shaila Medical Stores at Sakkardara Square. At the same time, one Ramzan Khan (24), a resident of Vyenkatesh Colony, along with his two accomplices, arrived at the spot, and started abusing in filthy language. The three accused even forcefully heckled Rakesh. Ramzan suddenly snatched the camera of Rakesh which clicked the vehicles parked at “No Parking” place.

After creating the ruckus, the trio fled the spot. The Sakkardara police acting on the complaint of Rakesh registered an offence under Sections 353, 392, 506, 504 and 34 of IPC. The police succeeded in arresting Ramzan and an intense search is on to nab the other two accused.