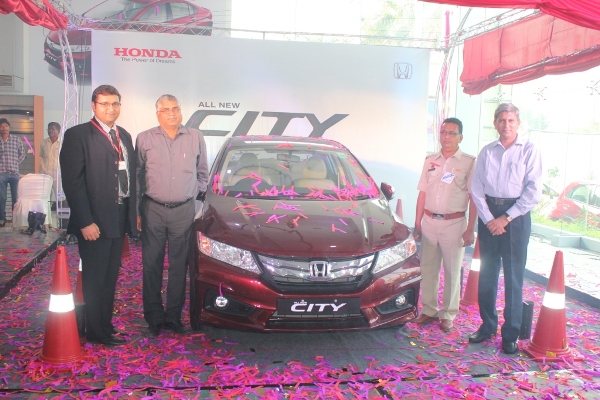 Honda Cars India Ltd. (HCIL), one of the leading manufacturers of premium cars in the country, today launched the all-new 4th Generation Honda City for the Indian market at Rushabh Honda, Nagpur. The All New Honda City, developed as a global sedan, embodies the best of Honda’s technologies to deliver Advanced Sporty design, best comfort and best fuel efficiency, as per the company, which exceeds customers’ expectations and would now be available in both Diesel and Petrol fuel option.

This model of City sedan is priced between Rs.7.69 lakh and Rs.10.98 lakh, petrol and the diesel version of the car will be available at a starting price of Rs.8.94 lakhs and the top variant will cost Rs.11.10 lakhs.

The company said that it has received at least 9,000 pre-launch bookings for the car since its global unveiling in India on 25 November.

However, initially, the company will only deliver diesel models to its customers and deliveries for petrol models will start by mid-February, Honda Cars India president and chief executive Hironori Kanayama said. “This is because of production constraints,” Kanayama added.

Production at Honda plants got a new lease of life after the company introduced its first diesel engine with sub-4 meter sedan Amaze. Though, the firm is producing cars in three shifts with total capacity going upto 140,000 units per annum, the New City is expected to put further pressure on its factory. 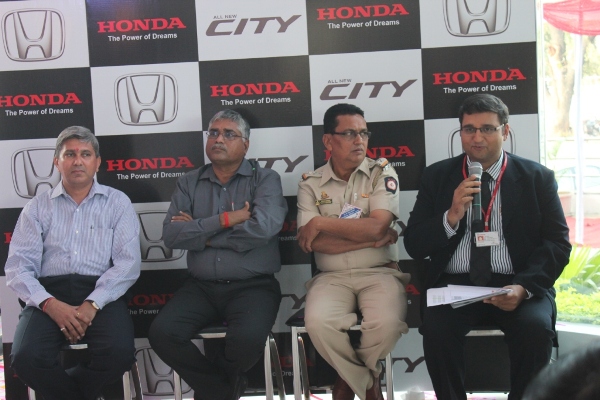 Developed at Honda’s research and development centre in Tochigi, Japan, the car will be first manufactured and sold in India and later in other 60 countries. The company aims to sell 1.2 million cars in Asia-Oceania region, with India accounting for one-fourth of the sales by 2016.

Honda has sold 2.2 million units of the City car globally since it was introduced in 1996. 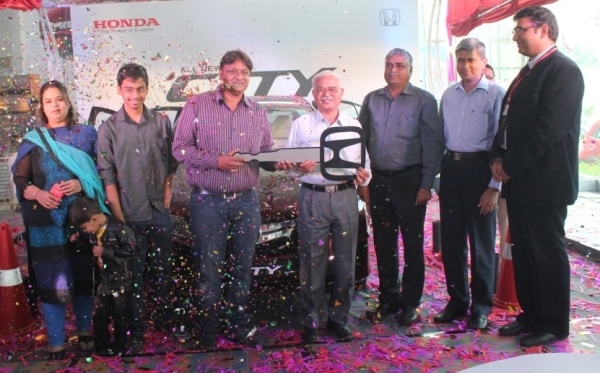 The winner of first All New Honda City in Nagpur

New City offers a host of advanced interior equipment like First in segment Auto AC with Touch screen Control Panel, Advanced Integrated Audio with 8 speakers and 5” screen, One Push Engine Start/Stop button with Honda smart Key System, steering wheels with buttons for cruise control, audio and hands free control, rear A/C vents and rear parking camera with multiple views. The CVT Model will be equipped with a ‘Paddle Shift’ option which can be operated in both D and S mode and allows the driver to enjoy a manual transmission-lie driving feel. On the exterior with segment first shark fin antenna, sunroof, 15” sporty alloy wheels, stylish fog lamps and sleek turn indicators on the door mirrors, the New city truly delivers a One Class Above feeling.

The All New Honda City is available in 5 grades offered in petrol and diesel variants- E, S, SV, V and VX with manual transmission. Additionally, the city will be available in CVT in SV and VX petrol grades. 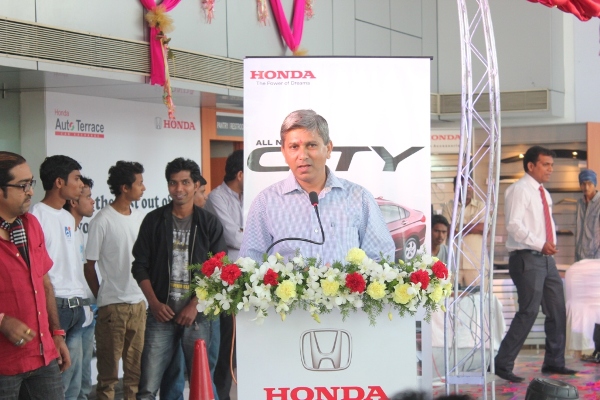 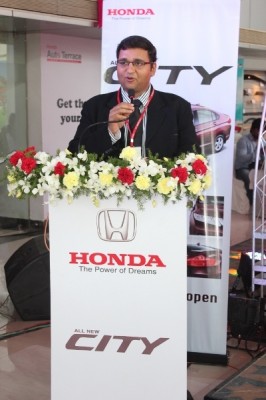