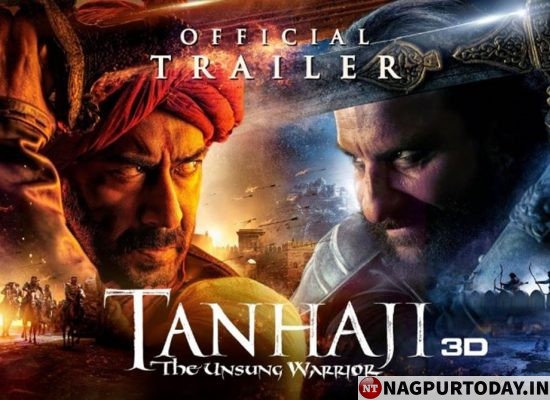 Mumbai: Ajay Devgn”s latest historical drama “Tanhaji: The Unsung Warrior” has been given a tax-free status till April 30 by the Maharashtra Cabinet, an official said here on Wednesday.

The decision to waive off GST on ticket sales for the movie came a day after Chief Minister Uddhav Thackeray and other leaders watched the film at a special show in Mumbai.

The martyrdom of Tanaji Malusare — Commander of the Maratha Empire headed by Chhatrapati Shivaji Maharaj — in the battle of Sinhagad Fort in Pune with the then commander of the fort Udaybhan Sinh Rathore, who was allied with the Mughals, holds a special place in the state”s history.

Besides Maharashtra, several other states have also declared the film tax-free.