The incidents of rapes, chain-snatching, robbery, fraud, murders and other grave crimes in Nagpur city tell a terrible tale. The womenfolk have been taking the maximum brunt in the crime graph of the city.

Rapes, molestations, domestic violence have become a routine affair with women, young girls and teenagers being targeted in every part of the city and thus raising a question mark  over the safety of them. And the answer to the question has been evading since ages. 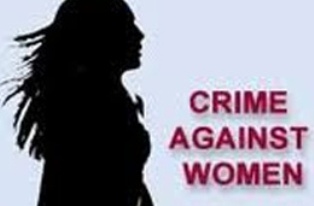 The incidents of rapes, chain-snatching, robbery, fraud, murders and other grave crimes in Nagpur city tell a terrible tale. The womenfolk have been taking the maximum brunt in the crime graph of the city.Rapes, molestations, domestic violence have become a routine affair with women, young girls and teenagers being targeted in every part of the city and thus raising a question mark  over the safety of them. And the answer to the question has been evading since ages.

Nagpur Today took stock of the disturbing situation and it was shocking that every police station in Nagpur district registers molestation and rape cases on every day. The criminals and criminal minded elements have been assaulting the dignity and honour of mothers, sisters, and most griviously the minor girls. Rapes, kidnappings and dowry deaths or torture all are happening in the ‘well-educated’ society, questioning the ‘literacy’ level. Police, on the other hand, have been overloaded to deal with crimes of all kinds and their failure to ensure safety to Nagpurians is quite clear with the daring crimes these days.

Crimes ranging from simple molestation to the heinous and bone chilling cases of gang-rape have surfaced in the once-upon-a-time peaceful city. A handful of policemen have been shouldering the responsibility to protect the city with population in between 25-30 lakhs. And the role of police is questioned many a time.

A recent report by National Information Bureau states that the crime against women has seen a steep rise in last two decades. According to the report, 1843 cases of rape were registered in 2012 in which the number of crimes against girls between the age group of 10 and 14 was 189 while the number of rapes against girls below the age of 10 was 127. And at the ground level, this abysmal condition of women is seen in almost every city in this developing country.

It is a sad state that on one hand Government makes tall claims of 50% reservation to women and on the other hand, fails to provide protection to innocent women. Women have achieved high posts in every field, politics, entertainment, defence and yet it has failed to make any material difference in the abysmal condition of the same gender.

The survey of National Information Bureau also indicates that the monsters snatching away honour of women are mostly their relatives, neighbours, friends, on whom these girls bestow their trust.

Talking about domestic violence and dowry cases, the report suggests that a total of 194 women were killed or committed suicide in the past year due to dowry demands. A total of 1294 cases of eve-teasing and 3935 cases of molestation were registered in the last year. In a shocking revelation, even girls in the various ashram shalas are not safe behind the brittle walls of their ashrams.

On one hand, the ever-increasing chain-snatching cases have been troubling police department in the past few years, on the other hand, crimes against women have been giving sleepless nights to the department. In the last 11 months, 80 rape cases and 93 molestation cases were reported, a record 60% rise in rape cases and 25% rise in molestation cases.

Women organisations have been raising women safety issues and are demanding strict action against the culprits. But, to no avail. No one bothers to ‘punish’ and ‘change’ the society and its cruel attitude towards women.

The City Police Department has formed a Special Flying Squad, but it is still a question to be reviewed. The ratio of punishment against crimes is just 1:10 and thus white collared monsters are roaming freely prying every victim they could lay their hands on. Though big names in political wing keep on giving statements about strict action against such criminals but the records tell a different story.

It’s sorry state of affairs that a person of opposite gender is heading the National Commission for Women which raises questions over Government’s concern towards women’s safety.

The city of Oranges may soon be turn into the city of crime and women who still feel a bit safe will avoid familiar interactions with opposite gender. A sense of insecurity is creeping in the minds of women in Nagpur and it is to be seen if police department succeeds in restoring faith in police and administration among the womenfolk.