Money in crores at hands for development projects on all fronts still no mentionable achievement. Several flaws in implementing sanctioned schemes even after available of crores of rupees. Something is terribly wrong. 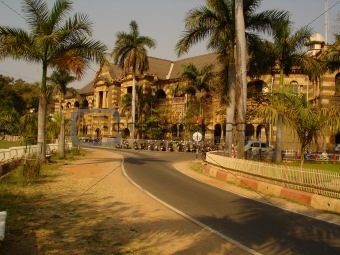 Nagpur News: Nagpur Zilla Parishad, an important Maharashtra Government agency, is generally “never” in the spotlight or headlines except in the school matters.  However, after a scanner, several negative skeletons were found in the “dark rooms” of Zilla Parishad. The reason for not spotting the skeletons, it seems, is no focus by any politician, social activist, RTI activist, and even by media. All think Zilla Parishad is not worth drawing their attention. However, it  is certainly, a wrong notion.

The scanner exposed miniscule development work, no initiating of works by contractors even after having work orders, hollow words of actions against the contractors, lazy babus, only excuses if by chance questioned over work not done, only assurances of enquiry to save the skins, no lashing of concerned officials resulting in development proposals gathering “ice” in cold storages, and other negative “pictures”.

The scanner found a relative of invigilator appearing in the examination for nurses and the paper was leaked. The invigilator faced the music and still listening music at home after suspension. When the scanner was focus on health matter the scanner found many health centres but without doctors in almost all centers. A loud cry for appointing doctors must so that deaf and dumb Maharashtra Government could be moved to take necessary steps. Housing complexes under Rajiv Gandhi Housing Scheme have not seen a labour doing any work since past 14-odd months. The dug up ground for foundations now filled up by rain water and no labour to cover the dug up ground and the holes thus inviting a tragedy any time.

The situation is grim on all fronts:

3)      Bad condition of hundreds of small and big lakes.

5)      Misusing of powers by Sarpanchs, members of Gram Panchayats, Gram Sevaks. The outcome is cropping up of several illegal colonies and houses.

6)      95 per cent computers in educational institutes are dead.

7)      No trained teachers in schools to run the computers.

8)      Overall education front is in shatters, in shreds, in shambles, and shameful.