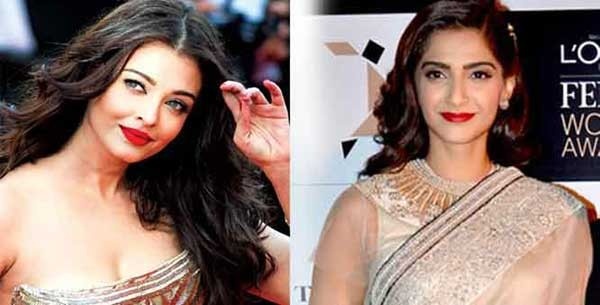 New Delhi: Actress Sonam Kapoor, who is all set to tie the knot with businessman Anand Ahuja, has apparently decided to bury the hatchet with Aishwarya by inviting her to her wedding ceremony.

As per the latest report, the bride-to-be has personally invited Aishwarya Rai Bachchan to her wedding. Pinkvilla.com quoted a source saying, “Last week, when Sunita Kapoor bumped into Aishwarya at the wedding reception of Saudamini Mattu, the niece of designer Sandeep Khosla, she made it a point to greet her warmly and personally invited her for her daughter’s wedding. After a couple of days, Sonam also called Aishwarya and invited her.”

It is to be noted that Sonam and Aishwarya’s rumoured catfight began after ‘Saawariya’ actress openly referred to the former Miss World as ‘aunty’. Their catfight aggregated further when Aishwarya got replaced by Sonam for a cosmetic brand as their brand ambassador. And since then, the two ladies haven’t spoken to each other.

However, Sonam shares a cordial term with Aishwarya’s husband Abhishek Bachchan. She has even worked with him in two films – ‘Delhi 6’ and ‘Players’. On the other hand, Aishwarya is currently working on a project ‘Fanne Khan’ which also stars Sonam’s father and actor Anil Kapoor.

In the meantime, the Kapoor mansion has been decorated beautifully for Sonam’s D-day and the paparazzi has already installed themselves outside her house in Mumbai to capture all the activities.

On Sunday, a host of celebrities from the tinsel town including Karan Johar, Kirron Kher, Arjun Kapoor, Boney Kapoor with daughters Janhvi and Khushi, Sanjay Kapoor, Satish Kaushik, Rani Mukerji and David Dhawan among others were spotted at Anil’s Juhu bungalow to attend the Mehendi function of Sonam and Anand.

On Saturday, Kapoor and Ahuja family released a joint statement that read, “On behalf of the Kapoor & Ahuja Families, this is to inform all concerned media personnel, that the Mehendi ceremony on the 7th and the wedding on the 8th morning, are an intimate gathering of close friends and family. We request all esteemed members of the media to respect and understand that these are private ceremonies. Also please note that since the functions are taking place at residences, there are police and security concerns. However, rest assured that we will provide you with the relevant information at the right time.

We have already sent you the red carpet invite for the 8th evening wedding party.”

For the unversed, Sonam and Anand have been dating each other for last four years. Though the couple never confirmed about their relationship, they never shied away from making appearances together at parties and events.