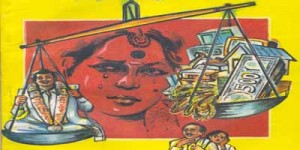 Nagpur News : Koradi Police have booked seven of a family in suicide case of a young woman. According to Koradi Police, Vaishlai Rajesh Patil (25), a resident Masad village near Koradi set herself afire on January 20. She had sustained major burn and was admitted to Indira Gandhi Government Medical College and Hospital (IGGMCH). She succumbed to her injuries on January 28. Koradi Police registered a case of accidental death and started the investigations.

On investigating the case, police found that husband of the deceased Rajesh Manikrao Patil, her mother-in-law Sitabai Patil, father-in-law Manikrao Patil, other relatives Ashok Patil, Naresh Patil, Suresh Patil, Sunita Patil and Shubha Mendhe were torturing Vaishali for dowry. They tortured her both mentally and physically and asked for dowry. But, Vaishali didn’t asked her parents for any money. So, the torture continued. When she could take the pain, Vaishali set herself ablaze to escape the torture of her in-laws.

Yet, she couldn’t find solace in death also. She fought for eight long days in IGGMCH and finally rested in peace on January 28.

Koradi Police have booked seven of her in-law for abetting Vaishali to commit suicide. Cops have registered an offence under Sections 498 (A), 306 and 34 of the IPC, informed PI Manoj Shriram. Further investigations are under way.