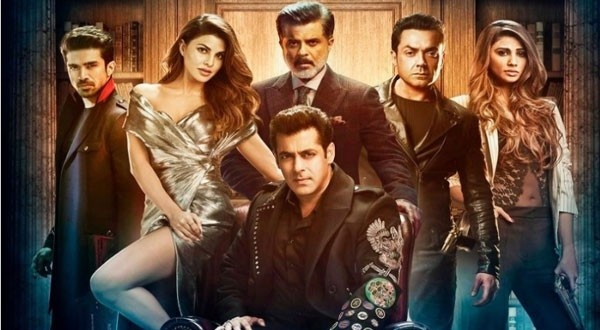 Salman Khan’s upcoming film ‘Race 3’ is one of the most awaited films of this year. The makers have already given the fans a glimpse of the ‘Race 3’ family by releasing the character posters of the film. The posters looked interesting and they created a huge excitement among the fans who are eagerly waiting for the movie.

Now latest reports suggest that the trailer of this action entertainer is going to be out soon. If gossip mongers are to be believed then the trailer of ‘Race 3’ will be attached to Marvel’s biggest and most anticipated release of the year – ‘Avengers: Infinity War’. The franchise has a huge popularity worldwide and hence the makers feel it is a good opportunity to attach the ‘Race 3’ trailer with ‘Avengers: Infinity War’.

The Hollywood flick is slated to hit the screens on April 27 in India.The makers of ‘Race 3’ have already completed shooting a major portion of the film. According to reports, only a few sequences featuring Salman and Jacqueline are left to be shot. Directed by Remo D’Souza, ‘Race 3’ is set to release on June 15.