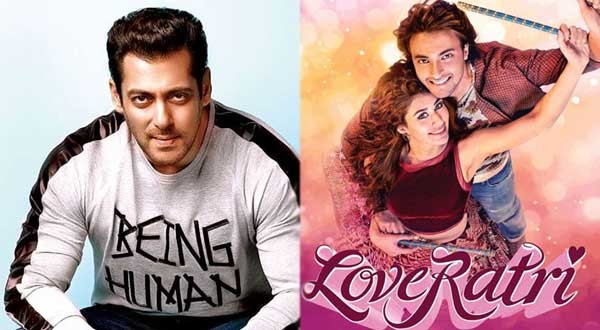 Salman Khan, who is launching his brother-in-law Aayush Sharma in his upcoming production venture Loveratri, will also lend his voice for the teaser of the film, we hear.

As per sources, the teaser, which will give an insight into the storyline of the film, will have Khan’s voice-over introducing the plot. We have also learned that the teaser of the film will be attached to Salman’s upcoming film Race 3. Set in Gujarat against the backdrop of the Navratri festival, Loveratri also stars newbie Warina Hussain.

Directed by Abhiraj Minawala, Loveratri is produced by Salman Khan under the banner of Salman Khan Films and is slated to release on 5th October 2018.