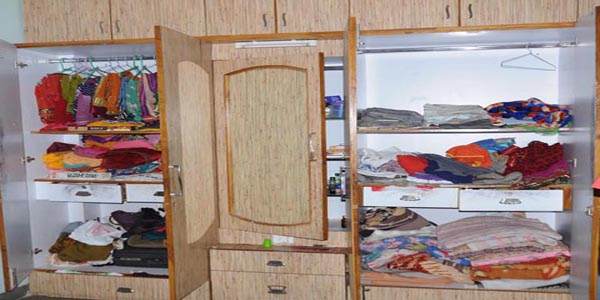 Nagpur News: Brainy investigations by Lakadganj police landed a 33-year-old man behind bars for allegedly committing burglary of Rs 4 lakhs in his own house on Friday. Arvind Parate was nabbed within twenty four hours after his father Mahadeorao reported the matter to police.

Arvind, who is employed with a private company, confessed of committing the burglary over frustration after father refused to give him his property share. Police had recovered all the stolen valuables.

Arvind told police that he was suffering from financial crisis and thus was not able to meet his family demands. He stated that Mahadeorao had thrown him out of the house and made all his property in the name of his elder brother, Padmakar, who is already a jeweller.

“He was jealous and enraged by Magadeorao’s decision. We came to know that Arvind’s behaviour was not good towards his parents and thus he was thrown out of the house,” informed PSI V A Sagne.

Arvind was currently staying at Nandanwan with his family members.

Senior citizen Parate, who owned a business, had filed a police complaint of gold ornaments worth Rs 4 lakhs burgled from his Bairagipura residence on Friday night. In his report, he stated that he and his family had gone to Mangalwari at a relative’s house for two hours in the evening when the burglary took place. Parate had left home around 8.30 and returned home after two hours.

“Everything at the crime scene was very fishy. Most important, only two places-kitchen almirah and drawer were searched by the thieves- which clearly indicates that the thief was very well aware about the valuables kept there,” said Sagne, who investigated the spot.

Later, during initial questioning with family members, police were informed about Arvind refused of giving property shared. He was immediately brought for interrogation in which he confessed of crime.