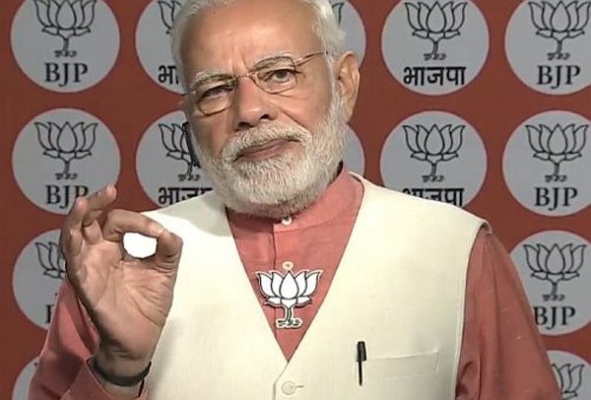 In a letter to the president, they said the “threat” by Modi to Congress leaders during the poll campaign needs to be condemned as it does not behove of a person holding the position of prime minister to utter such words.

“The president may caution the prime minister from using such unwarranted, threatening and intimidating language against leaders of the Congress party or any other party or person as it does not behove the position of the prime minister,” Manmohan Singh and the other Congress leaders said.

The Congress leaders in their letter referred to Modi’s May 6 speech in Hubli in Karnataka. The prime minister gave a “threat” to the Congress leadership by saying, “Congress ke neta kaan kholkar sun lijiye, agar seemaon ko paar karoge, to yeh Modi hai, lene ke dene pad jayenge (Congress leaders should clearly hear out, if you cross limits, then this is Modi and you will have to pay a price)”, they claimed, while providing a video of the same.

The Congress leaders said all the prime ministers of India in the past have maintained immense dignity and decorum in discharging of public or private functions and actions.

“The threat held out by the prime minister to the INC’s leadership deserves to be condemned. This cannot be the language of a prime minister of a constitutionally governed democratic country of 1.3 billion people.

“Such discourse whether in public or private is unacceptable conduct. The words used are menacing and intimidating with intent to insult and provoke breach of the peace,” Singh and other leaders said in the letter.