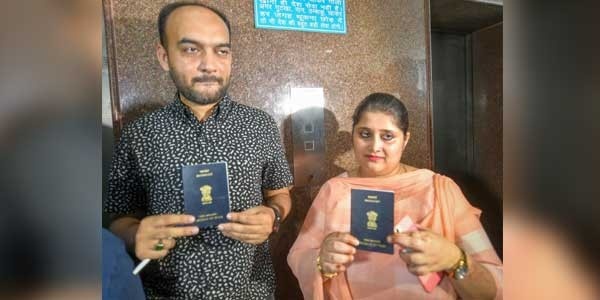 An internal government probe has found that the Lucknow passport officer was wrong in asking an interfaith couple irrelevant questions about their religion when they visited his office with their applications for the document, sources said today. They said the Uttar Pradesh Police was also wrong in finding about their residence and other irrelevant details while conducting verification process, required to issue an passport.

The MEA has also examined the police verification report of Seth and found that they too overstepped in finding out irrelevant details about the couple.

As per procedure, the police should only check whether an applicant is involved in any criminal activity and whether he or she is a bonafide Indian citizen or not, the sources said. Swaraj was targeted by the trolls following the transfer Mishra.

Mishra was transferred from Lucknow to Gorakhpur after the couple alleged that he humiliated them when they went to the office with their passport applications.