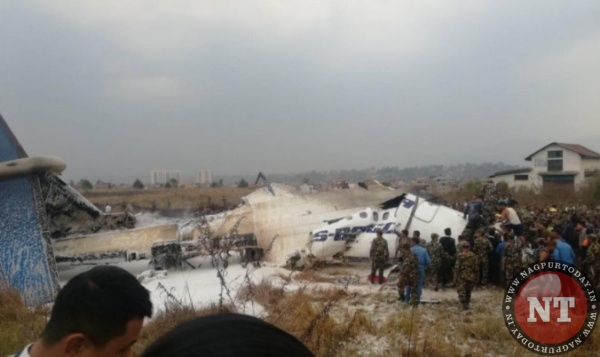 Plane crash at Kathmandu Airport, Nepal. Reports say it belonged to US-Bangla Airlines of Bangladesh & was a Fokker F28 (although online fleet lists state 4 Boeing 737 & 4 Dash 8 are operated). Unconfirmed reports of no survivors.

The Fokker F-28 aircraft belonged to US Bangla Airlines of Bangladesh. Smoke can be seen rising near the east side of the airport after the crash took place. The mishap took place at 2.20 pm.