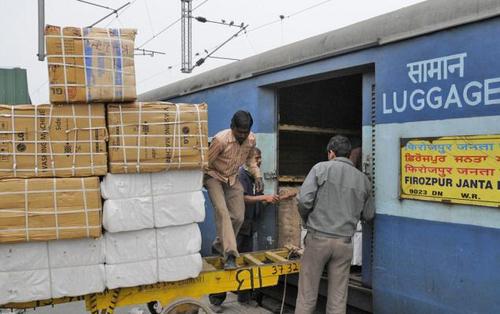 Nagpur News: Regional under- secretary of the Farmers and Agricultural Labourers unit of the Maharashtra Pradesh Congress Committee (MPCC) has alleged an organised Octroi- theft racket of the goods and parcels freighted to Nagpur railway station.

According to Aggarwal, Central Railway’s Divisional Railway office stated in response to an RTI query that approximately 7, 140 parcels are brought to Nagpur station every day. 13, 07, 704 parcels were unloaded at Nagpur between 1st April and 30th September 2012. However, the amount collected as Octroi and other fees has not been mentioned or accounted for anywhere in the records.

This unaccountability is a clear indication of Octroi theft proliferating under the very nose of the Octroi department, causing it losses worth crores every month.

However, Octroi theft at such a large scale cannot be possible without the Octroi department itself being involved in the racket, along with the Railways. While the Nagpur Municipal Corporation (NMC) administration is crying over lack of revenue resulting in developmental projects being stalled, the Octroi and Railway departments are busy fattening themselves.

The present situation demands stern and urgent action of the authorities, as well as a thorough checking of the Parcel department. Previous losses have to be cleared up in full by the culprits. Increased manning and presence of alert manpower at the railway station is the need of the hour.