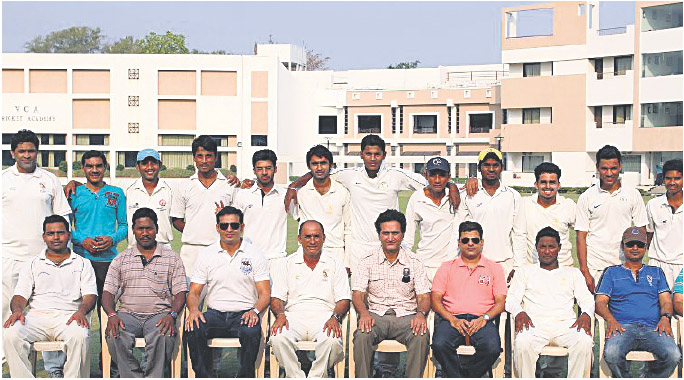 Batting first, HVPM put 227 runs on the score board in 50 overs losing 8 wickets. It was Sandeep who sailed HVPM’s innings with the help of his 70 runs knock with the help of eight boundaries. Rahul Chikhalkar made 44 runs (5×4, 1×6), Aniruddha Deshpande (21), Swapnil Usre (24) and skipper Sameer Khan scored 19 runs for his side.

In reply, Nagpur Colts achieved the target in just 39 overs. The brilliant opening partnership of 72 runs between duo Eklak and Rohan Sharma established a bedrock for the team’s victory.