She is strong, capable, converge, enduring, energetic, firm, and she knows what you don’t know.

The face of ABP news in Vidarbha.

Nagpur today: Tell us something about yourself

Sarita Kaushik : I am a journalist, that’s what I have been and that’s what I am going to be, that’s probably the only I know how to do as a profession to do. And that’s probably one of the happiest things I do in life. Apart from that I have a few other interests in life which also define the kind of person I am one of them is music, my family my friends that’s me!!! 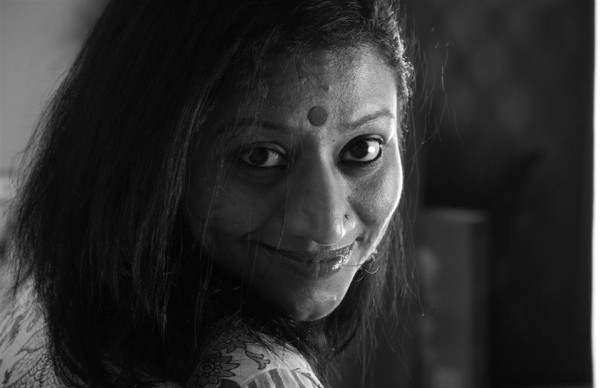 Nagpur today: How did media happen?

Sarita Kaushik : Oh well …Media happen quite by accident ,media did not happen as an ambition ,media was never my aspiration very frankly even today I look myself to be an ambitious person . It was probably it was god’s grace as I like to put it. I started out in media only for pocket money  and that is absolutely the honest answer .when I was studying I was doing my law this  what something  I could do as a contributor to Indian express and to their Saturday supplement  I would contribute and that is how I could make that bit of pocket money which  could  keep me afloat  .That’s how  it started but media writing never seemed as  a compulsion despite the fact that  I  got my pocket money out of it . I realized I enjoyed no end, on the side I was also doing proof reading for All India reporter  I did  also completed my law when I had to take a final call on a full time job so I had three or four options suddenly ,one  I practice law ,second  I could have all India reporter  where I was asked to join ,third was journalism and go ahead with The hitavada  where I gave an interview and I got selected and then I came to a point where I had to decide on one. Honestly Hitavada styphoned was less comparatively to others but then I don’t know what made me say  “The hitavada” but that is what I said  to join hitavada and that’s one decision I do not regret.

Nagpur today: How difficult it was for you when you entered the profession being women?

Sarita Kaushik : When I did join it would be extremely dishonest to say it was not a man’s world it is much lesser a man’s world today but of course main stream reporting even today in a city like Nagpur is all about men in reporting but frankly you know there are lots of advantages in a man’s world, and I don’t know why or what it has certainly never worked against me .I would have like to have more women around, it would have been nice instead u know constantly only having one gender for company  its not been difficult and honestly I have made very nice and lasting friendship in the fraternity.

Nagpur today: Was it difficult when you were working for naxals coverage?

Sarita Kaushik : You see naxals coverage is very interesting it is difficult, but it is not intimidating ,you are a journalist not a policemen that doesn’t make you a class enemy ,at the same time I never had too much of sensitivity either  for the police or for the naxals  my entire emphasis has always been on  bringing out  stories based on the people  there because they are the sufferers .so it has been tough in terms of terrain ,it’s been physically very tough in the sense ,.people don’t know you they are a scared lot.

The kind of reception you get the kind of information the accessibility of the region, the language issue, even the police, or the CRPF, the parameters look at you on a different way.

We had to pick up nails lay down by CRPF, firing had started when we have been on the spot .and then people where there who wanted us to meet the naxals, and it is not as simple as routine main stream reporting. These are the stories, some political stories who have defined my career and its all part and parcel of the game.

Nagpur today: A lot of awards & recognition, which has been our favorite one.

Sarita Kaushik: Not one award which is close …..all of them are close but one very interesting award would be “Devarshi Narath Patrakarita Samman” which is given by RSS, now the relation which RSS has with the media is as we all know is really not that friendly and this was the first award they instituted in this region and  I was the first recipient of this award so I myself found it very interesting and that at times I have done stories against  them and probably they have the understood the objectivity of the coverage usually given the rapport the RSS and the media I have found that award to be very interesting .

Nagpur today: What you think about today’s media professionals.

Sarita Kaushik : Media is Reflection of the society we live in .Obviously 20 years before  my time the number of media institutions were lesser , modern media was not there, mass media was not there ,television  was not exiting at such scales in India at least  and every day the media and its ambits are growing by leaps  and bounds. So the nature of media is changing because larger and larger reflection can be caught in the media. There are very happy factors today and there dissatisfying factors too.

Sarita Kaushik: If I deny that I might not be practical but everyone has seen that especially last elections it was all about paid media, the most unfortunate part of paid media is that the paid news actually transcraced the borders of the marketing department of a business house, a media business house to the journalists, that was what has threaten the very fabric of the fourth pillar of the democracy. We as an organization never supported it and had serious discussions too so we have never had to do it. And then it becomes for you to choose a right to refuse. I feel “canvassing for yourself is not the evil “when someone has a right to refuse. The trouble is not that people want to project you or ask you don’t want to comment on that but the trouble is not that people are offering but the trouble is that you use the right to refuse.

Nagpur today: Let’s have a rapid fire round with you.

Favorite Food: Anything and everything.Love to eat and love to cook.

Nagpur today: What is your Fitness mantra?

Nagpur today: What is your Jeevan ka Mantra?

Sarita Kaushik: Nothing can happen if it’s not God’s will. Accept everything that happens.

Nagpur today: Thank you for your time, it was great talking to you.

Sarita Kaushik: Thanks and all the best.