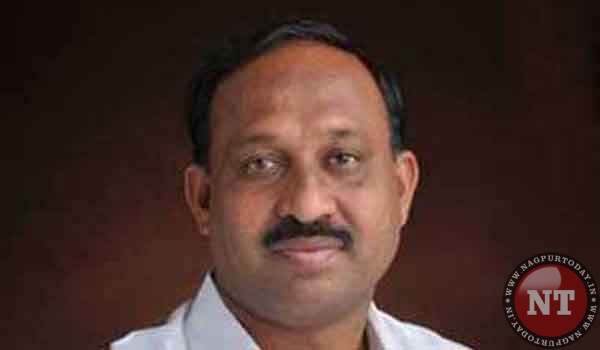 Nagpur: BJP MLA from Umred and Chairman of Panchayat Raj Committee Sudhir Parve is alleged to have assaulted a police personnel over a petty reason. The police personnel was taking the wheel of his car for repair when it touched the car of MLA Parve The incident took place around 9.30 pm on Sunday at Girad-Mangrude Road in Umred Police Station’s jurisdiction. In this case, both of them lodged complaints against each other in Umred Police Station. However, no offence has been registered yet despite the lapse of 16 hours. This has given rise to hot topic of discussion.

Anil Garge, Assistant Sub-Inspector at Sardar police station Nagpur on Sunday, was goine to the shrine at Girad Devasthan. While returning from there, the tyre of his car got punctured on Mangrude Road. So the couple was taking the wheel for repair. At that time, the MLA Parve’s car was passing and it touched the wheel. MLA Parve got down from the car and started abusing Anil Garge. There were two or three persons in Parve’s car who to got down. Parve and these persons started beating Garge. They tore the clothes of the police personnel, it is alleged.

Parve had beaten a teacher too
This is not the first time that Sudhir Parve assaulted someone. Earlier also the MLA had assaulted a teacher. The Nagpur bench of the Bombay High Court had questioned the Parve why his MLA membership should not be cancelled in such a case. Sudhir Parve had allegedly beaten Dhargawe, a teacher of Mandawa while he was member of Zilla Parishad. The matter had reached the High Court. It had taken steps to cancel the MLA membership. However, the plaintiff had withdrawn the case. Now, again Parve has assaulted the police personnel.