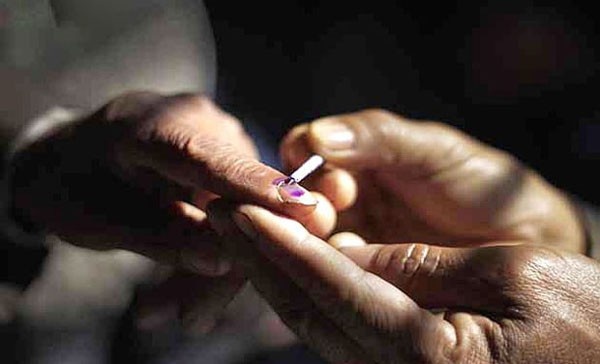 9:56 AM: Meghalaya Counting And Results: The Congress party is slowly emerging as the single largest party. Trends showed that the party is leading in 20 seats, whereas the BJP is lagging behind with lead on 6 seats. The NPP is leading in 14 seats.

9:50 AM : Meghalaya Results: The BJP is now leading in 6 seats, but still far behind the Congress party.

9:07 AM: Meghalaya Election 2018 Results: BJP much behind, leads in only 4 seats. NPP leading in 11 seats, whereas the Congress party is leading in 9 seats.

8:52 AM : Meghalaya Election 2018 Results: Bharatiya Janata Party is trailing with lead on only 4 seats. NPP has consolidated its position with lead in 9 seats, whereas the Congress party is leading in 7 seats.

8:33 AM : Meghalaya Election 2018 Results Live Updates: Congress party is leading in two seats, whereas the NPP is leading on 1 seat.

8:26 AM : It must be noted that NPP might be a BJP ally at the Centre and in Manipur, it is contesting the polls separately in Meghalaya.

8:25 AM : The Congress party has taken early lead in Meghalaya as it is leading in one seat.

8:07 AM : Counting for election results in Meghalaya, Tripura and Nagaland began at 8 am on Thursday. First trend will be out soon.

New Delhi: Counting for assembly elections in Meghalaya will begin at 8 am and the Meghalaya Assembly Election 2018 Results will be declared in the evening. However, by noon, it will be clear whether the BJP-National People’s Party alliance has toppled the Congress government in the northeastern state as decisive trends will be out. Meghalaya Results will be crucial for both the Congress party and the BJP-NPP alliance. While the ruling Congress lose crucial ground in northeast if it loses, the BJP’s footprints will be massively enhanced in the uncharted territory. Stay tuned for live updates of Meghalaya Assembly Election 2018 counting and results.

The CVoter exit poll has predicted that the Congress party’s tally could come down from 29 to 13-10. The BJP might win 4-8 seats with 16.5 per cent vote share. The National People’s Party is expected to get 17-23 seats and will be dominant partner with BJP in the government. In 2013, the BJP was completely decimated as it lost all 13 seats it contested with a vote share of 6.2 per cent. The NPP had won only two seats out of 32 it contested.

The Congress party, which is in power for 10 years, suffered a major blow with five of its MLAs joined the NPP after resigning from the Assembly.

Polling for the Assembly election happened on February 27 with a voter turnout of 74.62 percent. The voting happened on 59 out of 60 seats as an NCP candidate had died on one seat. Total 372 candidates are in the pray.

“We start at 8am. 11 companies (of Central Paramilitary Forces) have been retained for guarding strong rooms. I spoke to DG (of Police), sufficient forces are there to take care of post counting scenario,” FR Kharkongor, Meghalaya Chief Election Officer said.