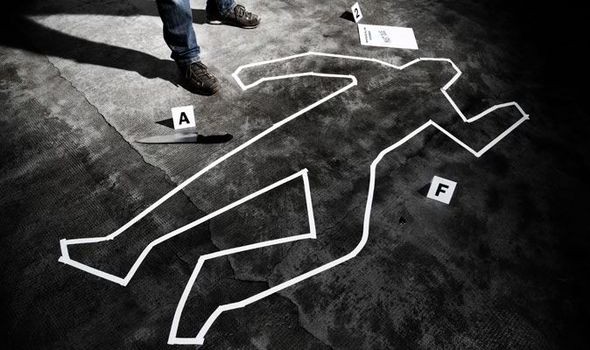 Nagpur: Alleged illicit relations led to murder of a young man in Nandanvan police jurisdiction. The man was murdered by his employee in the intervening night of Sunday and Monday. The accused and his accomplice later dumped the body near a nullah. One of the accused has been arrested while hunt is on to nab the main accused.

According to police, the deceased has been identified as Narendra Harinkhede (35), resident of Tarodi Bujurg, Nandanvan. Narendra’s wife is former Sarpanch of the village. The accused are labourers working in a dairy farm near Harinkhede’s farm. The main accused is Rupsingh alias Kishan Solanki (36), a native of Madhya Pradesh. Another accused who helped the accused Rupsingh in dumping Narendra body, is Dinesh Kunwarsingh Mourya (32), a resident Bidgaon, near Sai Mandir. Harinkhede family has a bungalow in their farm.

The accused were working in the dairy farm as labourers. The deceased Narendra Harinkhede allegedly had illicit relations with wife of accused Solanki. After learning about the relationship, Solanki picked up quarrel with Narendra. Both threatened each other of dire consequences. On Sunday around 9 pm, Narendra left his home after receiving an anonymous phone call and since then went missing. As Narendra did not return, his wife informed about it to her brother Mukesh Ramesh Bhagat (25) of Devinagar, Wathoda Layout.

In the meanwhile, body of Narendra was found lying in a nullah by passersby. After getting information, staff of Nandanvan Police Station reached the spot. The cops sent the body to government hospital for autopsy after performing ‘panchanama’. According to police, the accused Solanki had called Narendra near his farm where the due exchanged heated words. In a fit of rage, Solanki allegedly killed Narendra. He then called another accused Mourya to help dump the body. In late night, they took the body to a nullah and hid it in a cement pipe.

Nandanvan PSI Thakur booked both the accused under Sections 302, 34 and 201 of the IPC and managed to arrest one of the accused Dinesh Mourya. The main accused Rupsingh Solanki, along with wife, went absconding and is being hunted.