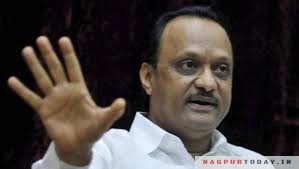 Deputy Chief Minister Ajit Pawar hinted at a lockdown in Maharashtra, a decision on which will be taken after a review of the coronavirus situation in 8 to 10 days.

Pawar said on Sunday said authorities are taking stock of the COVID-19 pandemic in Pune district. “The positivity rate in Pune district is around 13 percent. There were huge crowds during Diwali period. Even at the time of Ganesha Chaturthi, we saw crowds. We will see how the situation turns up after another 8 to 10 days. Lockdowns have been imposed in other countries. It depends on what kind of situation prevails in Pune district,” the district guardian minister for Pune told reporters.

He went on to say that there are second wave predictions, ahead of which the government has formulated several regulations before starting schools, including sanitisation protocols. Schools in Maharashtra will open for classes 9 to 12 from Monday depending on the COVID-19 situation in areas. However, reopening of schools has been delayed till 30 November in Pimpri Chinchwad.

Chief Minister Uddhav Thackeray did not mention new restrictions or a stricter lockdown but appealed to people to follow social distancing, wear a mask and avoid crowding.

He said there have been suggestions to impose night curfew in Maharashtra, but a decision had not been taken. Thackeray also pointed out that cases in the state have reduced with the help of frontline workers and cooperation from citizens. “But now we are at a turning point and we have to choose the direction (to take). Should we head towards a lockdown?” he asked.

Pawar’s statement comes shortly after Principal Secretary Sanjay Kumar told PTI that various measures are being taken to curb the spread of the virus in Maharashtra and possible suspension of flights and trains from Delhi is one of them. “However, no decision has been taken so far on this,” he added.

With the addition of5,753coronavirus positive cases in Maharashtra on Sunday, the state’s overall infection count increased to 17,80,208. The death of 50 patients took the total fatalities to 46,623, while as many as 16,51,064 patients have recuperated across the state.