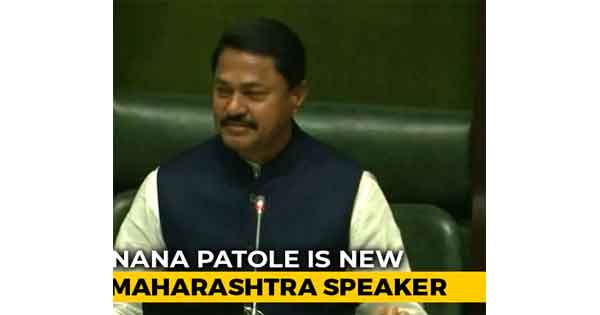 “I got myself tested and the results were positive,” he tweeted. He asked those who came in his contact recently to get themselves tested.

NCP MLA Narhari Zhirwal, who is the Assembly Deputy Speaker, will chair the proceedings in Patole’s absence, a Vidhan Bhawan official said.

For the two-day session, officials have put in place a slew of measures to ensure members do not contract the infection and House proceedings go on without any hindrance.

The session was postponed twice – it was originally scheduled from June 22 and was later shifted to the last week of August.

The budget session in March was curtailed by a week after the first coronavirus case in Maharashtra was detected.