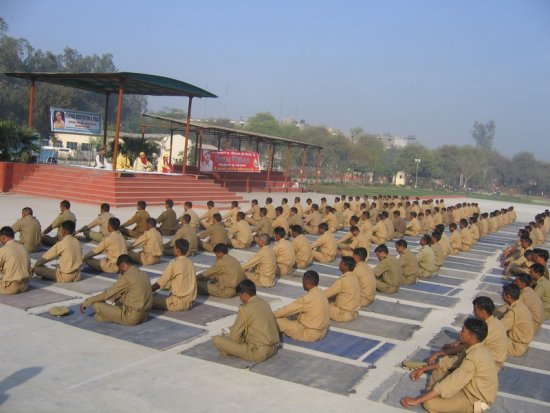 Rued over the pathetic earning of homeguards in Nagpur, Homeguard Welfare Association has stepped ahead in fighting for their cause. The association has indicated that a massive morcha would be taken out during upcoming winter session of state assembly if its demand to raise the daily wage of homeguards to Rs 500 is not met with. At present homeguard earns a daily wage of Rs 200 in Nagpur that underlines the sorry state of his financial condition. “Even a laborer earns Rs 250-300 on daily basis”, lamented the association’s president Babasaheb Hadke. He said the government should immediately fulfill its promise to increase daily wages of homeguards to Rs 350 immediately.

He also demanded to engage homeguards for all 365 days, adding that in Gujarat the homeguards are engaged round the year and even the wages are double than what is provided here.

No money for uniform

There are 1200 homeguards for Nagpur city while 900 for rural areas. The homeguards are employed during winter session of State Legislature, during agitation, on bandobast duty, but they are facing negligence from civic authorities. Since the service of homeguards is used for security reason, they are expected to have a proper uniform. But, civic authorities fail to bear even those expenses.

It is also interesting to note that homeguards are not engaged for the whole year. A labour works for 365 days whereas homeguards are engaged for only 150 days. For the remaining days, the administration pays no heed to engage them in other services. As a result many homeguards are seen working as vendors, security guards, supervisors in private companies which pay them more than the Government. It is also to be mentioned that Government had promised to increase the wages of homeguards from Rs 200 per day to Rs 350 per day. Unfortunately, the scheme never saw the light of the day.

Homeguards get a petty Rs 200 per day in the city whereas they have to work for mere Rs 175 per day in rural regions. Government continues to enjoy the services of home guards during winter session, bandobast, morcha, security, etc, but the safety providers are left neglected. Jobless youths restrain themselves from joining home guards under current state of affairs. Also, homeguards work round the clock for 12 hours whereas a labour works only for eight hours. And yet, home guards are given a mere amount of Rs 200 per day for their hard work.

Taking into consideration these major problems of Home guards, the Association has planned to take out morcha in this Winter Session of State Legislature.

Recruitment of Home Guards from November 30

The recruitment drive for home guards will commence from November 30 in various regions of Nagpur district. In Kamptee, the drive will take place on November 30. In Hingna and Butibori, the drive is scheduled on December 7 while it will take place on December 28 in Umrer and Bhivapur. In Nagpur, the drive will be on January 4, 2014. Candidates who have passed std 10 may appear for the examination. Candidates above 18 years of age and below 35 year may apply. Candidates must carry leaving certificate, ID proof, etc. District Commanding officer Anil Admane informed that sportspersons will be given preference.