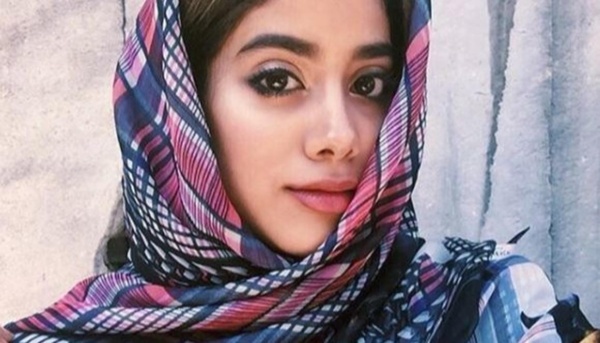 Janhvi Kapoor has been distraught ever since she learnt about her mother, Sridevi’s untimely demise. The actress has been spending time with her family over the past few weeks, coping with the loss and trying to get back to normalcy. And while reports suggested that Janhvi had asked for some extra time to recover from the shock, the actress surprised one and all as she resumed the Dhadak shoot on March 08 itself. In fact, looks like Janhvi is extremely determined to maker her mother, Sridevi proud of her through her debut film.

Janhvi has decided not to take a break, as she wants Dhadak to be on track so she can pay a tribute to her mother, Sridevi. As a source close to the project revealed to us exclusively, “Janhvi hasn’t asked for any break from the schedule. In fact, she has asked Shashank Khaitan (director) to ensure that the shooting isn’t delayed. She seems even more determined than ever to make this film into a tribute to her mother. She really wants to continue Sri’s legacy and wants to make her proud.” Sridevi never liked to delay films, she would never let anything affect her performance and other people’s hard work. And looks like Janhvi is totally following her footsteps!

On my birthday, the only thing I ask of all of you is that you love your parents. Cherish them and devote yourself to making them feel that love. They have made you. And I ask that you remember my mother fondly, pray for her soul to rest in peace. Let the love and adulation you’ll showered on her continue and please know that the biggest part of my mother was the love she shared with papa. And their love is immortal because there was nothing like it in the whole world. Nothing as joyful and pure and no two people as devoted to one another as they were. Please respect that because it hurts to think anyone would ever try to tarnish it. Preserving the sanctity of what they had would mean the world not only to my mother but also to a man who’s entire being revolved around her, and her two children who are all that remains of their love. Me and Khushi have lost our mother but papa has lost his “Jaan”. She was so much more than just an actor or a mother or a wife. She was the ultimate and the best in all these roles. It mattered a great deal to her to give love and to get love. For people to be good and gracious and kind. She didn’t understand frustration or malice or jealousy. So let’s be that. Let’s be full of only good and give only love. That would make her happy, to know that even in death, she gave you all something. The courage and inspiration to fill yourselves with nothing but love and rid yourselves of bitterness in any way and form. That’s what she stood for. Dignity, strength and innocence. Thank you for the love and support everyone has shown us in the past couple of days. It’s given us hope and strength and we can’t thank you all enough.

Janhvi resumed shooting for Dhadak a couple of days back and she started off with a very intense and dramatic scene. And we have to say she delivered it perfectly! As our source had revealed to us earlier, “Janhvi was very focused and nothing distracted her on the sets after she resumed the shoot. The first scene she shot on March 08 was really intense and dramatic, but she nailed it in one go. In fact, everyone was so impressed with her act and her focus that they cheered for Janhvi as soon as she completed the shot.”