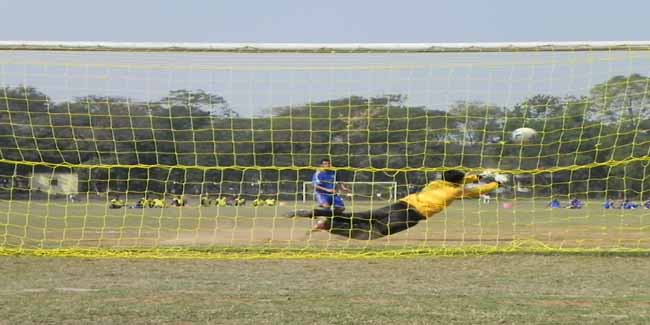 In stipulated time match could not be decided , it was 1-1 draw. In the tiebreaker Chandigarh held the nerves better and beat Chennai by 4-2.

Goal scorers for winning Thiruvananthapuram team were 3 goals by Midhun Wilwet at 39th ,47th and 53rd minutes , 1 goal by Saleel on 48th minute and 2 goals by Obed Kahmei .

Shrinagar beat Jaipur by 2-0 goal scorer for Shrinagar team were Shahnawaz at 46th minute and R. Phalwah on 49th minute.

SEMI FINALS will be played as follows.