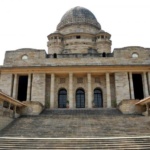 Ignoring the appeal made by Prime MInister to protect the interests of employees and mandatory guidelines issued by MInistry of Home Affairs, Labour Department and Chief Secretary, the newspaper management citing losses, hurriedly removed hundreds of employees in totally illegal manner and also resorted to heavy salary cuts thereby violating all statutory provisions and guidelines issued by Centre and State, the petitioners stated while urging the High Court to immediately restrain the managements from continuing with their nefarious agenda of removing journalists from their jobs and reducing their salary to make them totally subservient thereby hampering the freedom of speech and expression.

The petition has narrated in detail the arbitrary salary cuts imposed by respondent newspaper managements following covid-19 pandemic and wondered as to why newspaper employees and particularly journalists have been made scapegoats. The petitioner association also pointed out the statutory framework including Working Journalists Act and Majjithia Wage board endorsed by the Supreme Court and how the newspaper managements always strived to scuttle these welfare legislation providing some succour to journalists who constantly work under stress and pressure.

The petitioners have urged the High Court to direct the authorities to restrain the newspaper managements from committing such brazen illegality and protect the journalists from the tyranny of the managements who are using covid-19 pandemic as a ploy to get rid of protected employees and salary framework guaranteed by law and endorsed by the Supreme Court.