The petitioner stated that the respondent authorities have illegally detained 1408 residents of Sataranjipura Area by violating the prescribed protocols and guidelines issued by ICMR and Ministry of Health New Delhi. 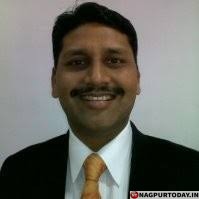 The counsel for petitioner Dr. Tushar Mandlekar argued that residents/ citizens can be only detained and quarantined for 14 days only if they are found to be “High Risk Contacts” and “Positive Patients”. The civic administration has illegally detained 1408 persons by “randomly selecting persons” from a particular area without even confirming the fact that they are “High Risk Contacts” of a positive person.

The detention of citizens being violative of protocols issued by central government amounts to violation of fundamental rights u/a 14, 19, 21 of Constitution of India. It was also argued that in spite of various advisories issued by ICMR on 04-04-2020, 17-04-2020, 22-04-2020 no efforts are made to conduct Rapid Test on these citizens who are in Hot Spots. The High Court has also directed the authorities on 30-04-2020 to conduct Rapid Test on 30-04-2020 in Hot Spot areas so as to make screening and surveillance of citizens in these containment areas. The testing will also “identify” the infected persons and makes it easier for administration to act upon.

It is further argued that according to the Central Government Guidelines “institutional quarantine facilities” need to be in outskirts of the city limits and not in densely populated area. But in Nagpur city suspects are being placed in MLA Hostel, Vanamati, Ravibhavan, VNIT Hostel thereby increasing the threat to normal citizens residing in the vicinity of these areas. The authorities are involved in forcible and illegal detention of randomly selected persons and there is no reasonable basis of such selection of citizens for “quarantine facilities”

It was also argued that Central Government has issued another notification on 28-04-2020 by which even “positive patient of covid 19” is required to be kept in Home Quarantine and hence such “institutional quarantine of large number of persons” is not required.