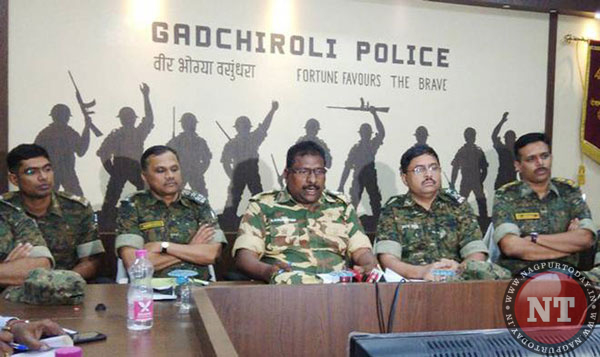 The Maharashtra Police on Thursday confirmed that there were no traces of poison found in the bodies of the 18 Naxalites recovered from the Indravati river following an encounter operation in Gadchiroli district on April 23 and 24, reported media.

“We have received the viscera reports, which have clearly established that there was no trace of any poison in the bodies,” said Superintendent of Police Abhinav Deshmukh. The tests were conducted at Nagpur’s government forensic laboratory.

Deshmukh said that viscera samples of only 18 bodies recovered from the river was examined as the cause of death in other cases were confirmed by the doctors who had performed the postmortem examination. “They had all sustained firearm injuries,” he said.

A total of 40 Naxalites were killed in two operations by police commandos and Central Reserve Police Force personnel on April 23 and April 24. The first operation near Kasansur had resulted in 34 deaths. The second at Damrancha and Rajaram Khanla areas had lead to six deaths, all due to firearm injuries. Sixteen Naxalites died in Kasansur from firearm injuries, four due to firearm injuries and drowning and 13 due to drowning. In one case, the cause of death couldn’t be ascertained.

Maoist organisations alleged that the deceased were poisoned through food, following which police preserved the viscera of those who drowned.

Deshmukh claimed that the police also recovered several diaries containing names of members of the People’s Revolutionary Council and the village-level body of the Communist Party of India (Maoist). “It names villagers providing logistic support to the Naxalites,” he told The Indian Express. “We have got names of members from about 25 villages in the Perimili area.”