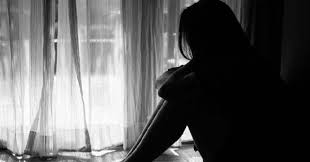 Nagpur: Lakadganj cops on Saturday rescued a 14-year-old Madhya Pradesh (MP) girl who was abducted at the age of seven and forced into prostitution at Ganga Jamuna brothel at the age of 10.

The victim is a resident of Dewas, MP.

According to police sources, the squad of Lakadganj cops conducted raid at Ganga Jamuna under ITPA and rescued a woman on Saturday. The woman claimed to be 22 and a mother of two children. However, during the verification some shocking revaluations came to fore. Cops were shocked to know that the girl was only 14-year-old.

The girl was reportedly kidnapped at the age of seven from a native place and later was sold at Ganga Jamuna brothel at the age of 10. Soon after which she was forced into prostitution. Following the rescue operation cops alerted MP police. Acting swiftly on the inputs, the squad of Dewas Police has came to Lakadganj Police Station in this connection.

Cops have registered an offence under relevant Sections of the IPC and probing further.