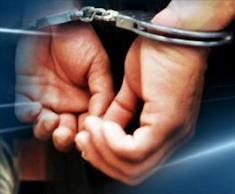 According to police, the accused persons Kishore Kothari, Sunil Kothari, both residents of Wardhaman Nagar, Raju Sharma, Shiv Sharma, and Rahul Sharma were frequently threatening on phones to the 28-year old Saurabh Malani, resident of Plot No. 1419, Deshpande Layout, Wardhaman Nagar, to kill him despite had repaid the loans taken from them. Moreover, the accused persons were not handing over the documents pertaining to property mortgaged by Saurabh Malani for taking loans. Fed up with the frequent threats and harassment at the hands of the accused persons, Saurabh committed suicide by jumping into Ambazari Lake. The police had initially registered the case as accidental death. However, when Gunjan, wife of Saurabh Malani, lodged a complaint with Nandanvan police and narrated the reason behind Saurabh ending his life. The Nandanvan PSI Mandhre then booked the accused persons under Sections 306, 506 (B), 34 of the IPC and probing the matter further.