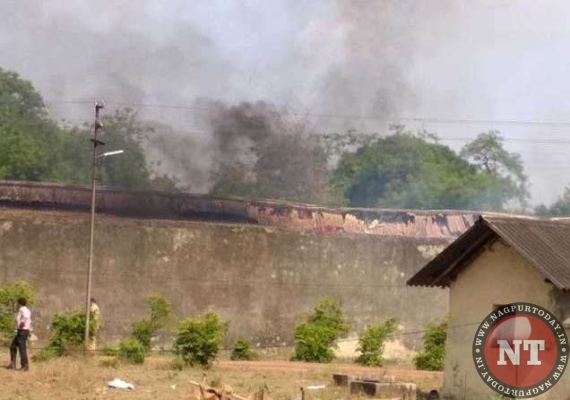 Nagpur: A fire broke out in godown of Nagpur Central Prison on Monday afternoon. The fire reportedly spread to nearby barracks. Fortunately, no prisoner was in the barrack as scrap and other goods were stored there. The exact cause of the fire could not be known immediately.

On being informed, Fire Brigade rushed seven fire tenders and managed to control the blaze to a large extent. As all the fire tenders were not in a position to enter the jail, the fire was being controlled from outside the safety wall.