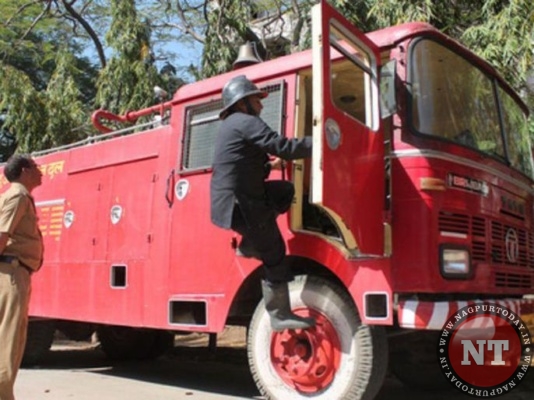 Nagpur: A minor fire broke out at Mate Square-based Reliance Fresh on Friday evening. Two fire tenders were rushed to the spot and the blaze was brought under control. Short circuit is being suspected as the cause of the fire. No loss of property was reported, the preliminary reports said.

According to Fire Brigade Control Room and Chief Fire Officer Rajendra Uchake, the fire at Reliance Fresh was noticed around 5.15 pm on Friday. Sudden sparking caused fire and heavy smoke. The blasé was brought under control by two fire tenders. No loss of property or human casualty was reported.

Fire Brigade personnel were investigating the exact cause of fire.