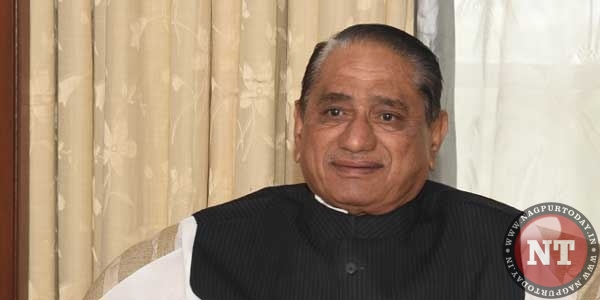 Nagpur: Chief Minister Devendra Fadnavis paid rich tributes to the former Agriculture Minister Pandurang Fundkar who passed away on May 31 this year.

Speaking on the condolence resolution tabled in State Assembly on the first day of Monsoon Session, Fadnavis recalled the outstanding contributions and achievements of Fundkar. “Fundkar, the soft spoken leader, is credited for seeking justice to the cotton farmers of Vidarbha. He was impressive as Leader of Opposition as well as Minister. He was also at the forefront of serving the farmers of the state.

Fundkar was instrumental in strengthening the BJP’s roots in the rural area. He was ailing since the past few months but he continued working for the welfare of farmers. We never expected he will leave this world so soon,” the Chief Minister said.