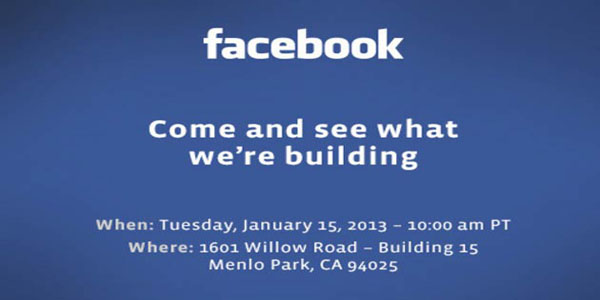 Nagpur News : Facebook is holding a press conference on January 15 (Tuesday) at its California headquarters, where the company is speculated to announce its much-rumoured and much-awaited smartphone.

For a long time, we have been hearing about the Facebook smartphone, and it seems that the time has come to witness the launch of a Facebook phone.

However, it is not confirmed as yet, because the company has not yet said anything as to what it is going to announce on January 15. The invites sent to members of the press read, “Come and see what we’re building.”

But one thing is clear that there is some significant announcement that Facebook is going to make at its January 15 event, because Facebook does not usually hold major press conferences at its headquarters.