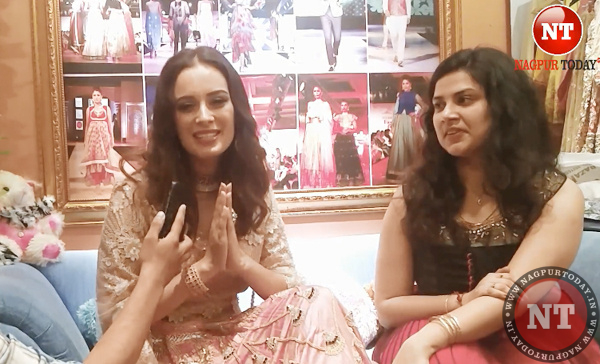 Nagpur: Sassy Bollywood actress Evelyn Sharma happened to hit Nagpur recently to meet and greet her fans. The gorgeous actress is also a German model who marked her film debut with the 2006, American film Turn left. She made her Bollywood debut playing the role of Lubaina Snyder in the 2012 Bollywood film From Sydney with Love and shot to success with Ayan Mukerji’s Yeh Jawaani Hai Deewani opposite Ranbir Kapoor, produced by Karan Johar.

During her visit to Nagpur, Evelyn walked for well known designer of Nagpur Prerna Gupta as Show’s Stopper at a city based hotel. While Evelyn and Prerna gelled up big time, it was quite a cozy event.

Evelyn was also put to test as fans requested her to greet them in Hindi but she failed to accomplish the task despite trying too hard.