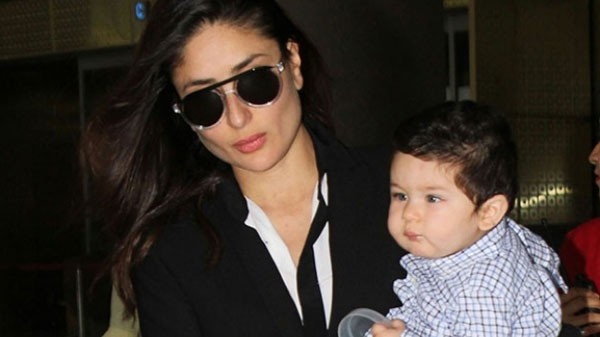 Kareena Kapoor Khan’s little munchkin Taimur is only a year old, but he is quite the celebrity already. The toddler is not just a paparazzi favourite, he also has innumerable fan clubs on Facebook, Twitter and Instagram.

Recently, Taimur accompanied mommy Kareena to the shoot of an advertisement in Mehboob Studio, and needless to say, the shutterbugs went into a frenzy trying to capture his adorable expressions.

“I made sure that today he has to come, so that you know, Student Of The Year 5 (sic),” the Jab We Met actress is heard saying in a video that is doing the rounds on social media.

Incidentally, it was initially reported that Taimur was all set to take baby steps in Bollywood and make his debut with a cameo in Kareena’s upcoming film, Veere Di Wedding.

However, Kareena put all rumours to rest when she confirmed that Taimur will not be a part of the film. In a video shared by Veere Di Wedding’s official Instagram handle, the actress was asked if her son would be in the film and she said, “No, but his mother is in the film. I think that’s enough na? It’s either me or him. Rhea (Kapoor, producer) can’t afford both.”