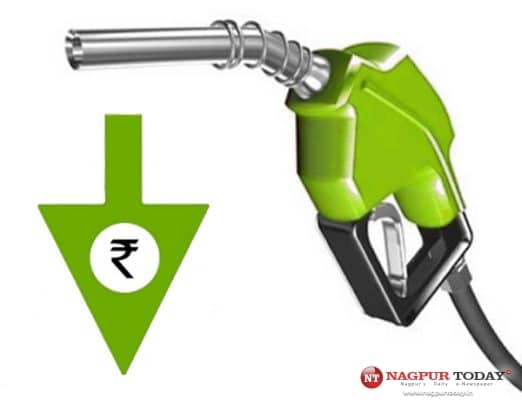 Nagpur: Vidarbha Taxpayers Association (VTA) had dispatched a memorandum to Narendra Modi – Prime Minister and Hardeep Singh Puri – Petroleum Minister with an appeal to direct Oil Companies to reduce fuel prices, as international crude oil has dropped to some extent.

Shrawankumar Malu – president of VTA submitted gratitude on behalf of the taxpayers for reducing excise duty on petrol and diesel during Diwali, which was also followed by few States in reducing their share of indirect taxes on fuel, thereby bringing some relief to the taxpayers.

J. P. Sharma – immediate past president of VTA said, in 2021, sharp rise in international crude oil prices since January from $48 per barrel to $84 in October, attributed in constant increase in fuel prices in India; however in last few days, some drop of $8 to $9 per barrel is seen on the global crude oil graph, which translates to almost 10% of the costs. However, no drop in prices from the Oil Companies has been seen so far.

Tejinder Singh Renu – secretary of VTA said, the government is very well aware that constant rise of fuel prices in the past has already ignited inflation, as practically every commodity is connected directly or indirectly with the fuel price. Hence some further drop will be hugely welcomed by the citizens.

In public interest, VTA requested the Prime Minister and Petroleum Minister to intervene and direct Oil Companies to pass on the rate drop advantage legitimately to the taxpayers.