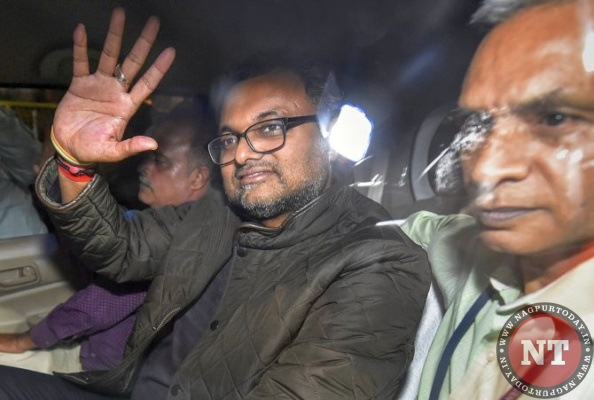 New delhi: Justice Indermeet Kaur of the Delhi High Court today recused herself from hearing the bail plea of Karti Chidambaram, arrested by the CBI in the INX Media corruption case.

Justice Kaur, who did not give any reason for her recusal, said she would refer the matter to the Acting Chief Justice for assigning the bail plea to another bench for today itself.

The bail plea was yesterday mentioned before a bench of Acting Chief Justice Gita Mittal and Justice C Hari Shankar and was listed for hearing today. Karti’s parents P Chidambaram and Nalini Chidambaram, both senior advocates, were present in the courtroom.

Karti, the arrested son of former Union minister P Chidambaram, had moved the high court seeking bail, hours after a court here sent him to judicial custody till March 24.

A special court had yesterday sent Karti to judicial custody in the INX Media corruption case and dismissed his plea that he be put in a separate cell in Tihar Jail in view of a threat perception.