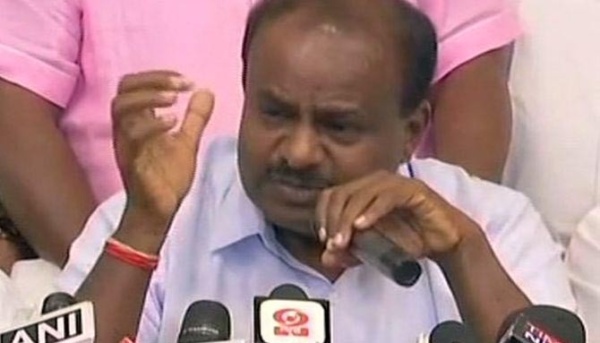 Bengaluru: Janata Dal-Secular leader HD Kumaraswamy took oath as Karnataka chief minister on Wednesday, a week after the state election threw up a hung assembly and resulted in BJPs BS Yeddyurappa serving as chief minister for a little over two days.

The ceremony was attended by a host of opposition leaders and chief ministers, a development that could plant a seed for a broad-based anti-BJP front before the Lok Sabha election next year.

Following the swearing-in ceremony, the new CM said, “This coalition government (Congress-JD-S) will run better than any one party government and we will concentrate on working for the public. We have decided to work together for the betterment of the state.”