A cloth vendor was beaten and robbed by a man and his two sons over an old rivalry.

According to reports, the cloth vendor Pralhad Laxman Damani (57), who runs his business in Mahajan Market area in Sitabuldi on daily-basis, was closing his shop on Sunday night and had kept Rs 20,000 in the dicky of his Honda Activa scooter. At the same time, the accused Babarao Gawande (50) and his two sons reached the spot. The accused started abusing and thrashing Damani over an old rivalry. The accused Gawande and his two sons also snatched Rs 20,000 from Damani.

After the incident, Damani lodged a complaint with the Sitabuldi Police Station against the accused trio. Police succeeded in arresting Gawande and his two sons and recovered Rs 5,000 from them. The three accused were produced in the court that sent them to one-day Police Custody Remand which ended on Tuesday.

Meanwhile, a top city NCP leader reached the Sitabuldi Police Station and tried to get the accused Gawande and his sons released from police. However, the police did not buckle under the pressure of the NCP leader and refused to free the accused. The accused were now planning to file a plea in the court for bail. 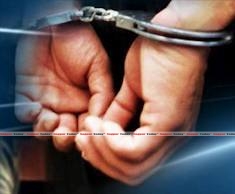