Nagpur: Chamber of Associations of Maharashtra Industry and Trade (CAMIT) has termed the state governments “Break the Chain Order” issued yesterday night as Death Warrant for brick & mortar shops and traders and vehemently opposed the same.

Dipen Agrawal, President of CAMIT informing the press has said that after threadbare analysis of the orderwith trade representatives across the State, the said order is not only found arbitrary and against the traders but it also fails to address the core issue i.e. containment of Covid-19 virus in the State. Mohan Gurnani, Chairman-CAMIT said, though the order claims that it is expedient to enforce the measures stipulated therein till 30th April 2021 so as to enable the Government to make certain emergency measures to prevent and contain the spread of the virus. However, not even a single word is mentioned about what emergency measures the Government will undertake during the period. We fail to understand why the administration has not implemented these “emergency measures” over the last one year and instead adopted a chaltahai attitude after the first wave of the Covid-19 curve flattened in due course of time he added. Ashok Bafna, Executive President-CAMIT, expressing his anguish on E-Commerce being included in the list of Essential Services said that no provision for penalty is made in the order for default/violation of requirement for possession of a negative RTPCR Certificate by persons engaged in E-commerce activity, whereas persons involved in every other activity are heavily fined for such default.This illogical classification based on no intelligible differentia is beyond the imagination of an insane person. The relaxation in the penalty appears to be a deliberate attempt of the Government to promote and favour MNCs like Amazon, Flip-kart, Myntra, Snapdeal and the likes against the Brick & Mortar Shop owners in the State. 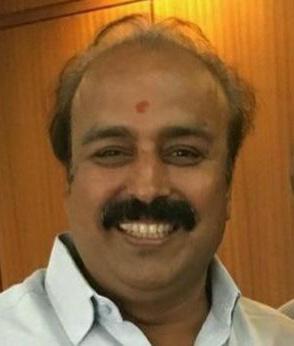 Raju Rathi, Sr. Vice President-CAMIThighlighted that Cooperative, PSU and Private Banks are exempted whereas NBFC and Credit Societies working in the same field are not exempted. Similarly, BSE/ NSE are exempted but their Brokers & Sub-brokers are not exempted. The order is silent on postal and courier services. He said that this is another glaring example of arbitrariness of the order and displays the casual approach and total non-application of mind on part of draftsman of the said order. This makes it evident that currently, rule of law is not being followed in its true word and spirit and there is neither equality before law nor equal protection of law to organizations which belong to the same class, he added. Ajit Kothari, Secretary-CAMIT said that the order is biased in favour of political leaders. He raised the question as to why the order does not make the political leader accountable and penalized for violation of Covid-19 protocols, along with the owner of premises.He further said that only denying of further permission for holding political gathering by defaulting candidate is not sufficient. There should be provision to charge an exemplary fine from the candidate and disqualify him/her from contesting the elections to instill a feeling of equality among common man. Mitesh Modi, Secretary-CAMIT said that the order mandates the shop and private office owners and their staff to get vaccinated as per criteria of GOI so as to enable the government to expedite reopening without the fear of spread or acceleration of Covid-19. He highlighted that as per the present criteria of GOI and available vaccines in India, two doses in the gap of six to eight weeks is to be administered and after the second dose it takes about a fortnight for antibodies to develop in a vaccinated person. Thus, if all traders and their staff are vaccinated on one single day, say on 05/04/2021 (which is not possible) then the vaccination as per GOI criteria will complete on or about the first or second week of June 2021. The government by mandating vaccination as a condition precedent for reopening of shops and private offices, with the current vaccination rate of 3 to 4 lac persons per day in the State, is nothing but penalising traders for failure of State & Union administration, he added. Sanjay K. Agrawal, Vice President, CAMIT-Nagpur said that traders are the backbone of the economy; they deploy their labour & capital and undertake risk to bring goods manufactured in other parts of the country/world to the consumers in their area. Traders as a class are the largest direct and indirect employment providers. They are the gratuitous tax collecting agents of the governments.Contrary to this universally well acknowledged proposition, it is surprising to note that our CM consulted only MNCs and Corporates on Sunday afternoon before finalising the mitigation strategy whereas he did not deem necessary to consult traders. This action indicates that in view of the CM only MNCs and corporates are stakeholder in the economy and not the traders. Informing the opinions among traders are saying “sahab ne dukandaronkepeth par laatmarihai” he demanded reintroduction of “First Point Tax” concept under GST (i.e. charge GST in the hands of manufacturers) and free traders from the various compliances. l informing about the demands/suggestions made by CAMIT said that true mitigation measure is not in closing shops, private offices and other establishments; rather, administration should deploy their resources firstly in ensuring that people who have tested positive for Covid-19 and advised home quarantine should strictly confine themselves in their home. Secondly, in order to identify people who are asymptomatic, the administration should consider random testing in market places, as was done in Mumbai. Thereafter, people who test positive should be suitably advised for isolation.

CAMIT further requested state government to consider opening shops, private offices, restaurants, bars, hotels, salons, gyms, spas and other establishments from 7am – 7pm on all weekdays and total lockdown with curfew on weekends, wherein relaxation is only provided to medical and emergency services. There can also be restriction on movement of citizens between 9pm – 7am on weekdays.Alternatively, like industries are allowed to operate and the restaurants and roadside eatable vendors are permitted to operate for parcels and home deliveries, the government should allow operation of shops and establishments in sectors where social distancing can easily be maintained due to low footfall such as shops of iron & steel, marble, tiles, furniture, plywood, automobile and other non-essential slow-moving products.

Agrawal demanded that if the above suggestions cannot be implemented then the government is duty bound to compensate the traders for salary, rent, electricity, interest and other fixed expenses. Despite the trader’s constant cooperation with the government over the last one year in this fight against the Covid-19 pandemic, if the government still fails to provide even such basic humanitarian relief, the trader’s may be pushed to wall and compelled to take extreme steps having catastrophic implications on the economy, he added.