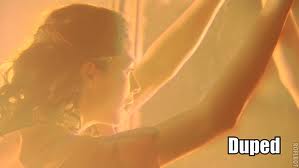 Nandanvan police has arrested bogus Godman who had duped a city woman of Rs 81,000 on assuring her that she will soon get a perfect groom for marriage.  Accused Mustakim Malik, 28, was nabbed two days before from his residence at Jitpur in Ghaziabad, UP.

According to the woman’s complaint lodged on September 17, she came to know about Malik through a newspaper advertisement which also had Malik’s number. On contacting the mobile number, the caller has asked her to deposit Rs 81,000 in the bank account on the condition that they will help her getting a perfect groom. The Godman has assured that on depositing the money for a good cause, she will soon get marry.

However, after getting the money, he started avoiding the calls and changed his mobile number. Nandanvan police, who has been burning lamps to trace the location of bogus Godman, contacted many bank officials to find out the details of Malik’s bank account.

A police team was sent to Ghaziabad. Cops insisted the bank officials to call Malik in bank for some formality purpose and set a trap for him. As soon as Malik reached the bank, he was rounded up and brought to city. Police are interrogating him to reveal information about his two more partners. Cops informed that Malik has Rs 1 crore in his bank account. He has been kept in police custody till October 11.