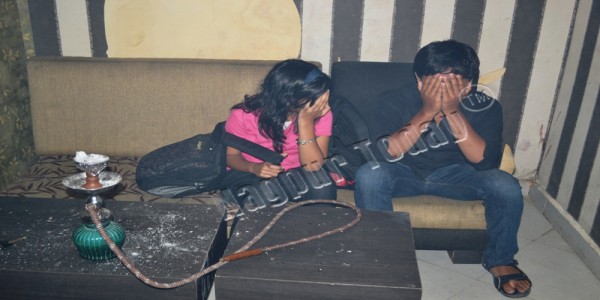 BJP youth wing created chaos at Hookah parlour near chhaoni, 9 Degrees at 2 pm. BJP Youth President Mr. Parshu Thakur along with his supporters reached at restaurant with his supporters and found Hookah Bottles containing amount of elements of hookah material.

1 boy and 2 girls were caught on the spot and were held till the press did not arrive.
In an exclusive chat with the owner of the parlour Jayesh khosla and he clearly denied the event saying it was a private party and that the BJP representatives barged into his property and started threatening everyone present there.

Later Sadar Police arrived at the spot and carried further investigation and had also questioned the owner of the parlour.
For the time being the parlour has been shut down till further proceedings does not take place .