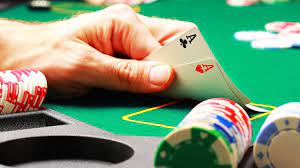 Although gambling is illegal in most parts of India, there are a considerable number of people in the country who enjoy gambling. Whenever possible, they throng the casinos in Goa, Daman, or Sikkim, and during the rest of the time, they satisfy their gambling urges by playing on online casinos India has to offer. Historically, gambling in card games like Teen Patti and Andar Bahar was quite popular and is still practiced during festivals and among family and friends.

Exposure to Western culture has made games like roulette, blackjack, and poker quite popular in India. So much so that poker can now be played legally in India, as it is considered to be a `game of skill´.

The Indian Poker Championship or the IPC is an offline poker tournament held in Goa, since 2010. It is organized by Spartan Poker, which also allows poker lovers to play online. IPC events are held every alternate month, with the highlight being the `Main Event´ which is held annually.

The prize pool for the IPC has been steadily increasing over the years, and the 2020 edition, held at the Big Daddy casino in Goa saw ₹5 crores being disbursed. The event was also attended by one of the most popular poker players globally, Dan Bilzerian.

Since 2011, the IPC has been awarding the Player of the Year awards to the best players, who get free entries to the IPC events for the entire year. Spartan Poker has also introduced the Indian Online Poker Championship, the 2021 edition of which will see a staggering prize pool of ₹28 crores.

The DPT was introduced in 2016, by the Deltin Group, which is one of the biggest casino operators in India, and Adda52, which is a popular online poker platform. The first edition if the tournament saw an impressive prize pool of ₹1 crore for the main event. The following year saw 3 editions, with each edition seeing a significant step up in the prize pool due to the overwhelming success of the tournaments.

In order to cater to the smaller stake players, the DPT started a new poker series called the DPTX or PPT Xpress, which was held at the Deltin Denzong in Sikkim. The buy-in for DPTX is an affordable ₹15,000, and the prize pools are also relatively smaller, with the winners collecting anywhere between ₹3-10 lakhs. Those interested in bigger stakes can enter the DPT Colossus Super High Roller series, which has a buy-in of ₹200 thousand, and prize pools consistently higher than ₹1 crore.

BPT was first launched in 2016 by PokerBaazi, one of the biggest online poker platforms in India. The event is held each year at the PokerBaazi Live room on the Majestic Pride Casino, which is an offshore casino in Goa. The 2019 edition of the tournament garnered over 1300 entries and had a prize pool of more than ₹5 crores. The upcoming editions are promised to be bigger and better, with 4 to 6 events to be held each year. The buy-ins at the BPT vary from ₹35-50 thousand depending on the event and go up to ₹1 lakh for the marquee High Roller event.

PokerBaazi also holds online poker tournaments, one of which is Endboss, which has seen its prize pool swell to more than ₹5 crores during the last season.